Explaining My Work: Seeing Beyond

Part 3 in an ongoing explanation of the thoughts that go into my pieces. I've previously discussed Humpty Dumpty is a Rabbit Hole and Sharing What Is Held Close.

Please let me know what you think.

I've explained my thoughts on locks in a previous post. When I made Promises that Remain Unbroken,
I wanted to give a counterpoint and to more viscerally feel a sea of locks. A swarm. I wanted to be a bit overwhelming. Daunting.
I always loved science. And all the science classes I took. I've played with imagery that involved things that affect and augment sight. Glasses, googles, telescopes, microscopes, magnifying glasses etc... .
I think there is something powerful in that. Unsettling and settling. It speaks of how independent we really can be. It speaks of opportunity and possibly of trust. It also speaks of desire. Of the compulsion to move beyond and experience more. The use of the old plastic lab safety googles from science classes of my childhood was a perfect inclusion for this piece. Experimental, exciting, eye and world opening.i wanted to express a device and means for a person to look beyond the mere obstacles that might be present and see into the place that they want to be.
But it's also about hope and determination for me to get beyond my own hang ups. I sometimes feel burdened by details, and while I strive to maintain my sense of the present, to be mindful of what's around me, and conscious of how I feel about it, I often lose something in that. I forget to look ahead, to plan, to make far reaching goals. I have a strong sense that every moment could be my last. This piece is to remind me, and others to be mindful of where we are heading.

I bounced back and forth for awhile about color, and possibly the use of imagery behind the goggles. I wondered if a video behind the goggles was the way to go. It will be in future pieces, I'm sure, so keep an eye out for those. They're coming soon.
I also wanted a lack of color in this piece. A clarity and a focus. Sometimes I'm not 100% sure why I make my decisions. This is the case. It just felt right.
Posted by Sean Hennessey at 10:15 AM No comments:

I'm In An Exhibit in England!

I was in the exhibition International Glass + Clay earlier this year in DC. That show has now traveled to the UK!
The exhibition is in Sunderland England from now until September 29th!

If you are in North East, please go check it out! 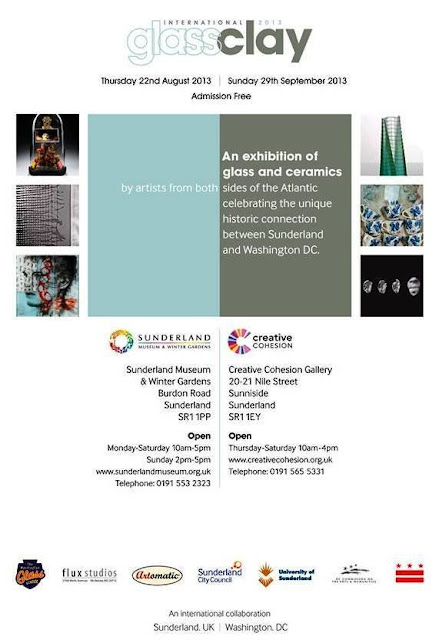 Posted by Sean Hennessey at 9:51 AM No comments:

Explaining My Work: Humpty Dumpty Was A Rabbit Hole.

This is the second post in what i hope to be an ongoing series sharing a glimpse into how i see the work that i create. Please let me know what you think. 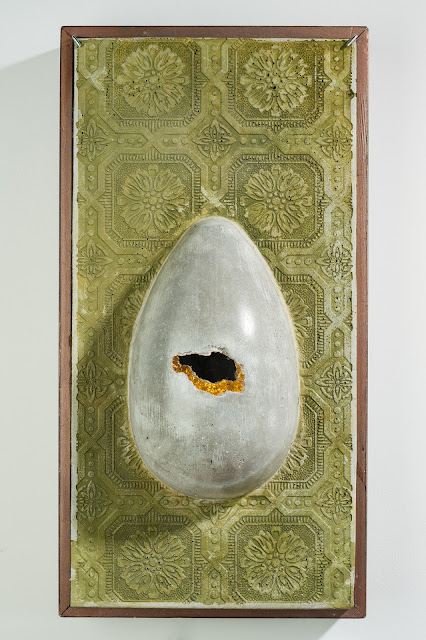 During a summer artists retreat at the beach, i brainstormed some new ideas and was looking to come up with a way to create a longer narrative that included video and lighting along with a variety of materials. A mixed and multimedia series. I happened to bring along Alice in Wonderland for some fun reading and decided that this was perfect source material for an entire exhibit.

I immediately envisioned two pieces, The Mad Tea Party scene, and A large cracked concrete egg of Humpty Dumpty. The piece had to fall in line with a very cohesive outline that i had constructed. It needed to be a certain size... I wanted the series to feel somewhat like pages in an old book... the same size, sepia tones 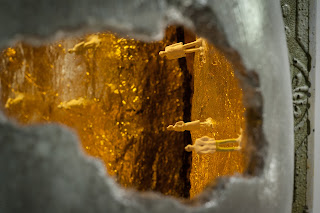 So, with Humpty Dumpty, the interesting prideful character in Through the Looking glass, I wanted to deal with externalities and internalities, I wanted to deal with ego, pride, the fall, a journey. I wanted to include the ceiling tile patternwork that i love so much, I wanted there to be a moment of surprise and discovery, a bit of a shock, and a reward for seeking. The form of the large cast concrete egg came to me right away. I looked for large eggs to make a wold of and found something on ebay that i had to cut up and set onto a background of tile work. I then had to make a large rubber mold into which i cast concrete.  Very process oriented work that require a lot of planning.
Once the concrete was cured, i stained it green and gold leafed the insides. I know i wanted it to seem precious. A hardened stoic exterior to a warm glowing interior. At first i thought i would have a cracked heart inside, maybe on a spring so that it seemed quivering. That piece may still come. The form of this is something i still want to play with. I really let it sit for a while as i decided what was the thing that would be the essence of humpty dumpty. Sometimes creativity is a momentary flash, sometimes it takes a long time to mull over, to decide if it's the right fit, supports my vision, is tasteful and interesting. But then it dawned on me that Humpty Dumpty as a metaphor of ego, pride and arrogance, also represented the Rabbit Hole that Alice fell into. A vortex of trying to find your true self through trials. A form or purgatory almost. I envisioned people being hurled into the rabbit hole on their own journey to whatever end they find there.  reconciliation, humility, nothingness, nirvana. I also felt that the reward is that we all can see ourselves in this state, in this piece. We all all susceptible to Humpty Dumpty. but i think we can all be put back together.

Posted by Sean Hennessey at 10:32 AM No comments:

Explaining my Work: Sharing What is Held Close

I'm going to start a series of posts that share a glimpse of what i'm thinking about in making the works that i create. I do love when people bring their own explanations to works but i feel that a little behind the scene thinking from the artist is valuable too. let me know what you think!


This piece began with my thoughts of locks. As both a means of protection and an obstacle keeping you away. I've done a number of pieces that are explorations of this ambiguity. I considered how to develop a narrative around this. I have an absolute love of Mediterranean decorative tile work, but also appreciate the symbology of patternwork. there is an activation of space, an excitement with color pattern displays, but internally we find the patterns of how we deal with others. This dualism appealed to me. I wanted to make it very personal.  I've become increasingly aware of my inability to let others know me. the patterns of my own protections. my walls. my desire to know others without letting them in. a repetition of that pattern. i've only really let people know me through my work. And even that has been very cryptic. While still a struggle for me to really be open with others, I am trying. This piece represents that attempt. But even within that, when i reach out to others, there is always the fear that i've been too open, too outgoing, too personal and I visualize my arms being chopped off.  Thats the risk, the possibility that i may lose the desire to reach out altogether. I think this is why i have gravitated toward artwork. i can make things, express myself, and others can choose to witness, partake, engage in their own way, at their own time, or simply walk away. i can put my things out there and let them be. I have no fear of interacting that way, but i did have a fear of something deeper.
This piece is about a reciprocity of fear, and the attempts to overcome the impersonal. Both are scared, both have protections and things we are hesitant to share. It is about the process of overcoming these patterns of interactions and fear. Sharing the things we hold close.

I've been doing this more and more. with mixed results. even this post makes me feel like i'm pushing my self into the faces of others. but i'll give it a try. and at least i still have my arms. (knock on wood) 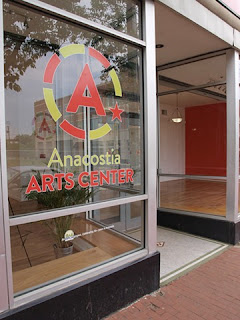 Posted by Sean Hennessey at 1:03 PM No comments:

My trip to Western North Carolina

Here are some photos from a trip i took last week.

Posted by Sean Hennessey at 5:54 PM No comments: