at the DCAC. just some thoughts, not a critique, cuz i'm not a critic. 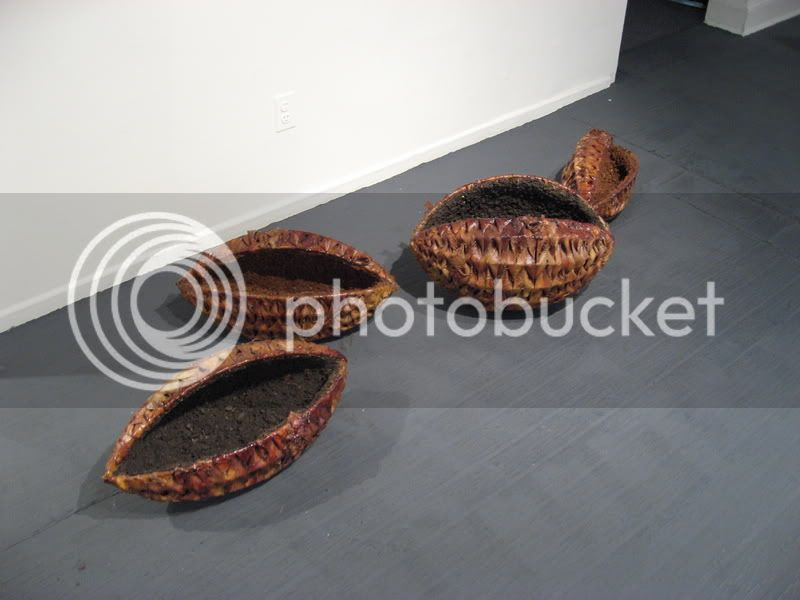 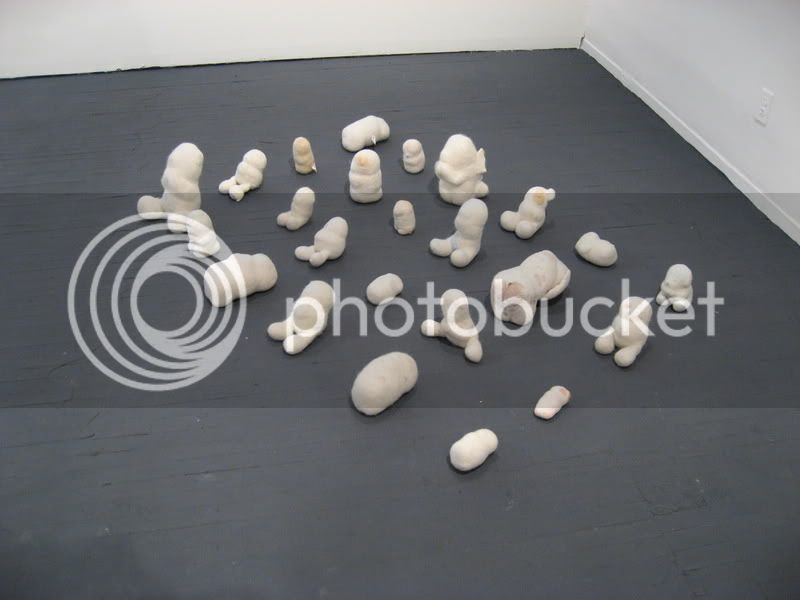 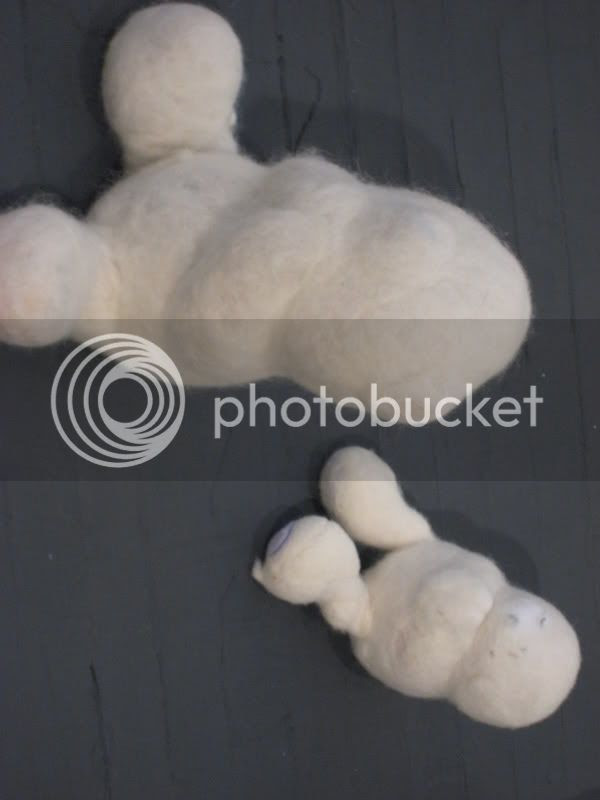 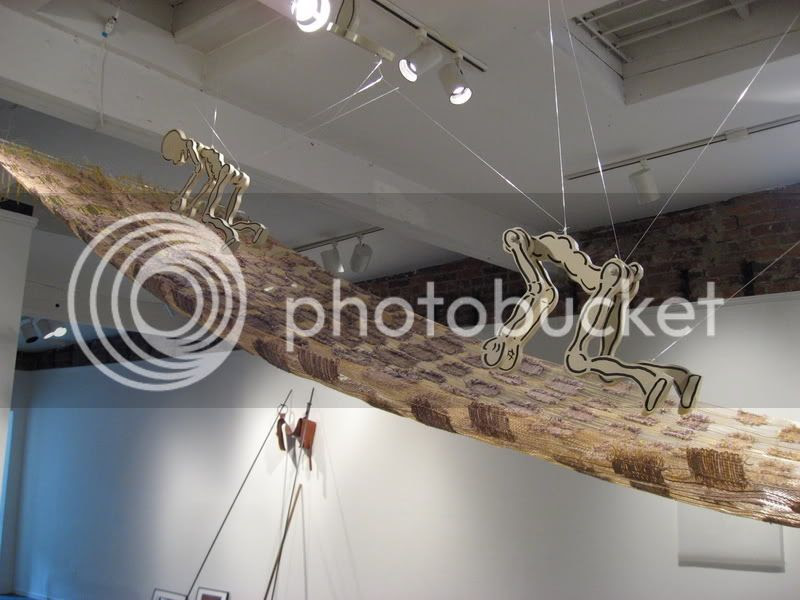 I saw the show about liminal space at the DCAC currated by two people i admore greatly, Margaret Boozer and Claire Huschule. I really enjoyed the concept of this show, The Space of Change. The time period/ thought process between distinct times or personas or mindsets. It's an element in my work that i didnt know had a name. I think of it as an everyday heroic journey, which is some form or another, is the theme to my works.

Still, i tend not to react to artworks based on their concept, but on what they look and feel like. sometimes how they are made. There were two series of works that i found rather dull... mathematical, even. One looked like a print out for a design of a music box cylinder, but was actually an overlay of the new york times with only the O's filled in. the other, appeared to be some type of changing graph readout, but was ( i think) the outline of words in the dictionary. both were a bit not my style or interest.


The prayer-bears, however were very fun. creepy. a bit cold. a bit easy. still, fun. The pods/seeds were the coolest to look at. Great textures/colors.
There was an automated piece that was a bit interesting. The concept was fun, and i always enjoy a bit of automation in art.

Amy Kaplan made the bears.
Martin Brief made the new york times and dictionary series.
Justin Rabideau made the pods and some photos i didn't care for.
Wendy Weiss and Jay Kreimer made the automated climbers.

The show is on until october 8th.
Posted by Sean Hennessey at 7:29 AM